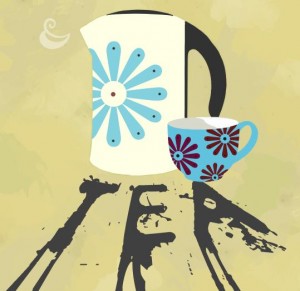 Toska Productions is proud to announce that production on “Tea,” our first live-action film, is set to begin this month on location in the UK.

“Tea” blends elements of comedy and horror in following the adventures of Dan, a web designer in Canterbury, England.  As Dan’s relationship with his girlfriend Angie becomes more serious, raising the possibility of a move to London (and into the adult world), Dan discovers his tea kettle has become sentient and bears a murderous grudge.  Will Dan be able to survive the threats posed by both tea kettle and adult responsibilities?

“In making this film, we’re really drawing upon the tradition of using comedy and horror to examine common anxieties,” says producer Kate Miller.  “We’ve been inspired by the examples of such films as Edgar Wright’s Cornetto trilogy and the ‘Scream’ series, to make a movie that’s both serious and fun at the same time.”

“Tea” is intended as the first project in an anthology, culminating in a feature-length film, following a group of friends in England whose ordinary lives are interrupted by a series of increasingly bizarre and sinister events.  For more information on our plans for both “Tea” and its companion films, including how you can be involved, click here.

“Tea” is based on a screenplay by Rachael Acks, author of the “Captain Ramos” steampunk mystery novella series from Musa Publishing. It is being directed by Seraphina Gonzalez, director of “The Reel Britain” and “City of Lost Angels,” both from Toska Productions, and produced by Kate Miller, executive producer of “The Reel Britain” and associate producer of “Geek Cred,” a television series from Bealsebub Entertainment. 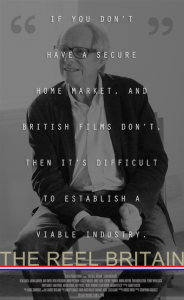 After screening the film for the first time last year in New York, one common theme emerged during the audience Q&A: Why do British films seem to encounter so many barriers in the United States?

We’ve been inspired to answer that question, and to do so, we will be conducting an additional round of filming later this year in New York.  We’ll be interviewing American cinemagoers about their impressions and opinions of British film, as well as British filmmakers about the challenges they’ve faced entering an American market.

If you’d like to participate as an interviewee or backer, please contact us using the form below.  In the meantime, please check back here for additional updates!